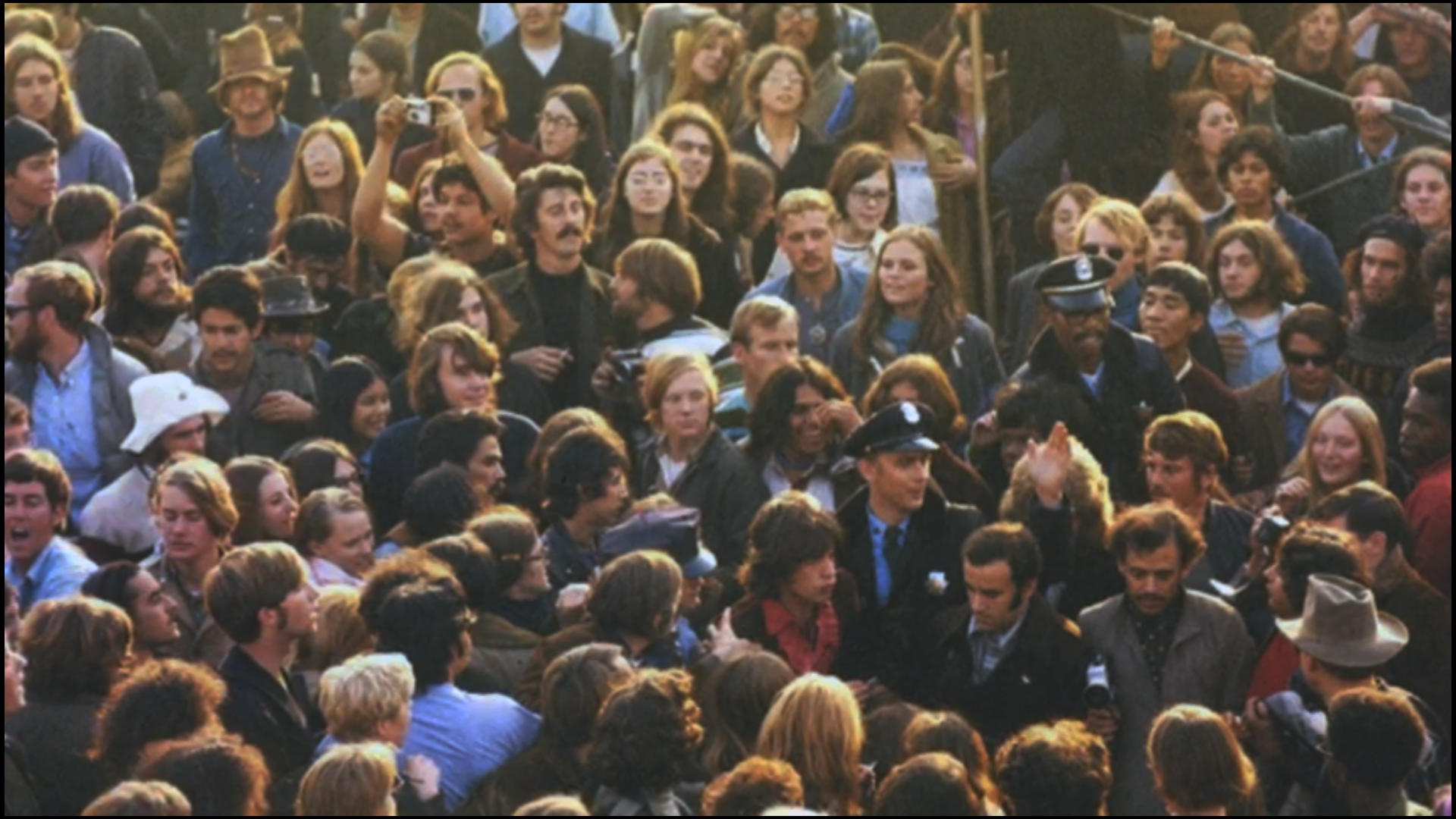 You never know what tomorrow will bring.

After fifty plus years I didn’t expect anything I hadn’t seen. And then at an Altamont anniversary event in Altamont, I was made aware of the following photo, taken at Altamont by Bill Owens (billowens.com):

Here’s what I wrote in my book: “A young uniformed security guard greeted us and said to follow him. He turned around and led us directly into the crowd.”| Mick was walking next to the guard, Mick Taylor in front of him, a foot or so in front of me, when a guy leaped up and punched Mick in the jaw. People in the crowd immediately grabbed the guy and pinned him on the hood of a car.

I was recently made aware of this screen grab: seems to be a fraction of a second before Mick got punched with me next to him on the right: and this image is the fraction of a second after Mick was punched and me lunging at the guy: Mick is yelling not to hurt the guy while I rush towards the attacker.

With all the 50th Anniversary hub bub, I got asked by reporters, “why do you think the Rolling Stones kept working with you”?  My answer, “I think they knew I had their backs.”  Actual photo proof, I had their backs.. probably not expected from an Accoutant…